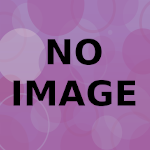 When Son no 1 was about 18 months to 2 year old we had recently moved to Shackleford.I knew nobody and wondered How I would feel not having close friends, especially ones with little babies.I really cannot remember how I heard about it…..probably from my neighbour Pam whose daughter Diane was just a little older than son no 1.

So she told me where it was….in the village hall so with child sat in pushchair I did the long walk from where we lived to the other side of the village. Shackleford is one of those widespread out places. Found the village hall and gingerly stuck my head around the door.Stood saying nothing until someone noticed me and I was made very welcome and was made a cup of tea.Put son no 1 in the play area and watched from the sides.It made a lovely change from just being in the house on my own when hubby was at work.

It was the start of a few years of very close friendship with an amazing group of other mums who realy helped me.I had no close relatives nearby…my mum had died when son no 1 was 8 months old.No far from where we lived was a residential school for boys with needs and the staff lived in an avenue on the land and they were all young mums like me with children more or less the same age.So I started of in the Mother and Baby part and then into the playgroup when son no1 became 3 years old.

Not long after we were part of a playgroup…..I was approached and asked if I would like to be part of the committee… to which I agreed to.I really enjoyed being part of the committee meeting…putting ideas forward.Also a lot of us started having our second born and to be able to share this time with other mums to be’s was really a lovely time.

We organised jumble sales…such fun.When as a child when my mum had dragged me to jumble sales I had hated it….but this was fun…and it continues today to being a volunteer in a charity shop.We alway tried to put small simple pantomimes on the children and I have never forgotten my two starring roles.

The first one was The Little Red Hen (Ladybird Books). Parts were given out and as had a paper mache head of a pig….from son no 1 fancy dress on World book day..that was my role.It went very smoothly and was enjoyed by the children so we decided to do it the following year.

This time it was The  Enormous Turnip…another from the Ladybird books.This time I was given the part of the dog…my costume this time was a baggy brown jumper and brown tights.I was 3/4 months pregnant with son no2 at this time so we had to be careful in the part of the story there the turnip finally gets pulled out and all the animals fall into a pile.We gracefully fell…one way and the next the other way….so I could basically just lower myself.

That my readers is my only theatre experiences…but it was fun.

I did enjoy the time my children were in the playgroup.I made some very dear friend who I, unfortunately, lost touch with.I cannot remember names ect so cant see if they are on Facebook.Those lovely children I met are in their 40’s now and their mums are oaps like me.I wonder how life has treated them.All our toddlers started school and all our lives changed.We moved away from Shackleford and my friends moved as contracts came to an end.Its sad….but I have beautiful memories from those times.I miss them. 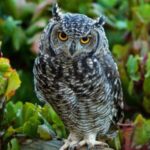