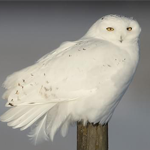 I don’t think I have written about the times I went back up North. I left the North in June 1973 about6monthes after I married hobby. I apologise if I have written about these before. When we came “down South” to work and live hubby promised me that he would take me back whenever I wanted or needed to ,to visit my family. I have found  accounts of a few and I will try and remember the other ones.

First one I think was when we lived in Newbury. We lived above the electical/TV rental shop that I worked in. Both my mum and dad were alive on this first trip and we obviously had no children at this time. We travelled overnight on the coach from Newbury to London and then London to Peterlee. We arrived about 6.30to 700am and I amsure we stayed at my mum and dads. I relay cannot remember what we did and whose we visitedbut my memory is failing me. If anyone in the family reads this and can remember I would love to hear. Was in the summer of 1973.

Next visit was August 1976 with a 9month old son no 1….to “meet” his grandparents for the first time which was the only time my mum was able to see and hold her grandson and that is something that has always stayed with me.My mum was overjoyed to look after him and I so wish I had photos to remember this time.I did not have a camera at that time…was going to make sure I had one for the next time which never happened as we lost my mum to cancer later that year.

We travelled upNorth with son no 1 not after that when my mum died at the end of 1976. My dad had kept it a secret from me that my mum was so ill. It was just before Christmas….The saddest one I have ever had. My dad was devastated and seeing him sit and cry was so hard to witness. My dad wanted me to sort out my mums stuff then but I could not……it was too soon.So we returned North when son no 1 was 18monthes old middle of 1997.Was able to do the things that my dad wanted.It was easier.I remember having bouncy sessions with my sister and my baby son on the bed.Another time when in hindsight we could have had photos.videos etc…but not to be.While we were there the world learned of the loss of Elvis Presley.And that day my dad had booked us a bus trip with him to a place called Flamingo Land.

The next time I  have written in my book is when we went back North a couple of years later.My Dad had remarried someone from his youth.We planned two weeks holiday.We had three children and we stayed with my dad and his new wife.Our holiday lasted roughly not quite a week as with disagreements…not caused by us made it impossible to stay so we ended up going over to where my younger brothers lived and we stayed overnight before coming back South.We lived in Shackleford and Ron working on a farm at that time.I never saw my dad again.

All this stuff happened pre-mobile phones and we did not even have a landline at that time. So the only way to get messages urgently to people was to get the police to call on you, and that is what happened both times with the loss ofmy mum and dad. When Mum died we were living in Finchampstead Berkshire. Hubby was a gardener for a Major Blair when the police turned up to say that my mum was very poorly. The only phone no I had was from the local newsagents and when I rand the more flukey thing was my youngest brother was in the shop and that’s how I found out that my mum had died. Ron and I and baby son were taken by the Blairs chauffeur in the Bentley up to London to Kings Cross. Actually felt very important even though we were not.

When my dad died it was the same again….visit from the police. I had a friend who had a phone so I was able to ring my sister. And I went up with 20ns no 2 and 3 and I stayed with my sister.

Had other visits up North……one on my own and staying with my sister in Sunderland and a few times with my youngest brother in Peterlee. Lots of memories of drinking gin and tonics in the evenings…..meet up with family at my 3rd brother’s house….meeting up for lunch with schoolfriends of over 50 years. Lots of memories good and bad.

Have not had a trip North for a few years but son no1 had continued the tradition as he visits a good friend in Middlesboro and I know that when he is there I am envious that I cannot slip into his pocket and be dropped off in Peterlee. xx